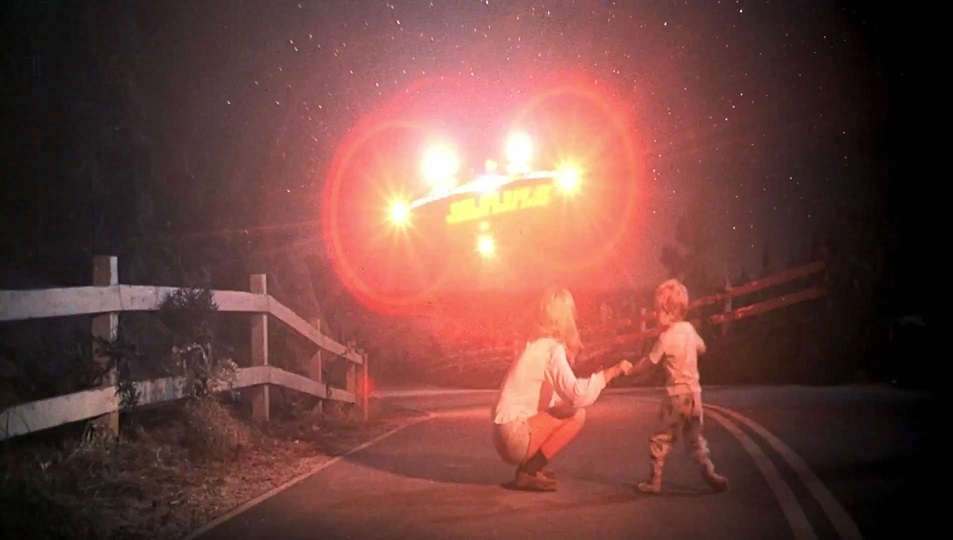 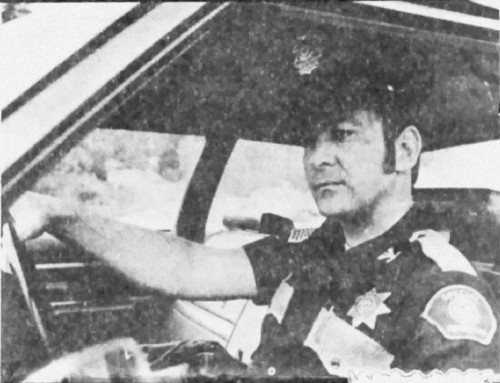 Patrolman Herb Schirmer was allegedly abducted by a hovering aircraft in December 1967 while he was doing his regular rounds in Ashland, Nebraska. He couldn’t remember anything about his abduction till he was subjected to hypnosis sessions where he remembered that the aliens were friendly beings and they drew energy from electric power lines. 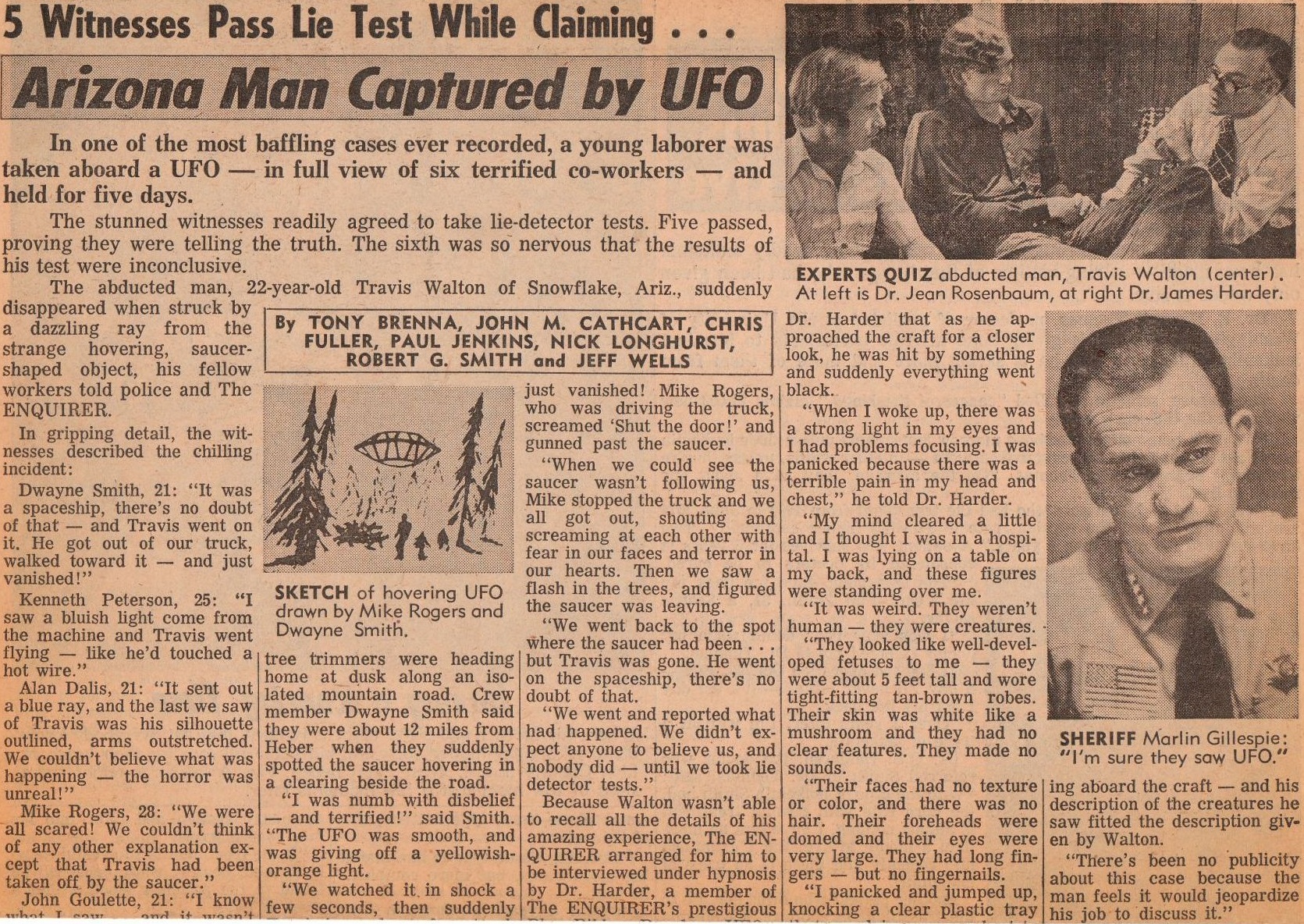 American logger Travis Walton was allegedly abducted by aliens in November 1975 in the woods of Arizona. After being found after 5 days, Walton could not remember anything about what had happened to him in these 5 days. After many days he could finally recall the experiences that he had onboard the alien spaceship. 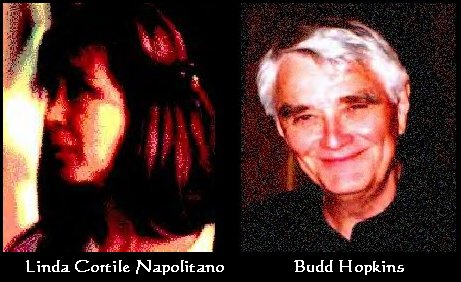 Linda Napolitano aka Linda Cortile was abducted by a large flying saucer from the Brooklyn Bridge on 30 November, 1989 at around 3:00AM. There are many witnesses to this famous abduction case which made news under the headlines of “Brooklyn Bridge abduction”. After abducting Linda, the flying saucer disappeared by diving into the East river. 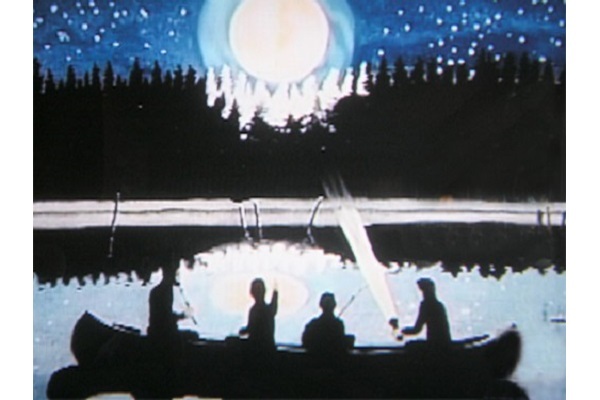 Four artists who were out on a fishing trip were taken away by an alien spaceship and subjected to detailed physical examinations and experimentations. The incidence took place in the Allagash Waterways in Maine in the month of August, 1976. 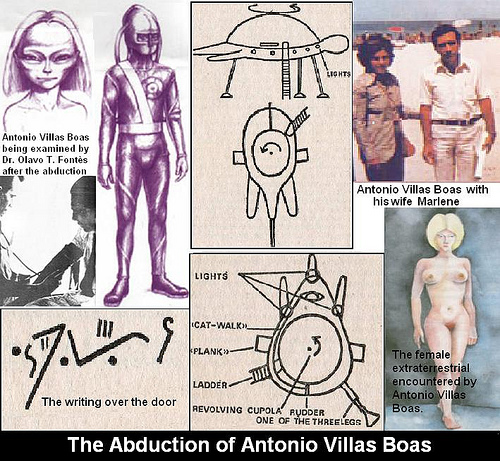 In October 1957, Young Brazilian farmer Antonio Villas Boas was abducted by four aliens while he was tilling his farm. After being abducted, he was taken to a room, stripped off his clothes and samples of his blood were taken. After sometime he had an intercourse with an alien being that looked like a woman with angular face and catlike eyes and red pubic and underarm hair. After the intercourse was over, the alien pointed her hand towards her belly and then to the sky, which possibly meant that young Boas was going to father the first human-alien baby in the history of earth. 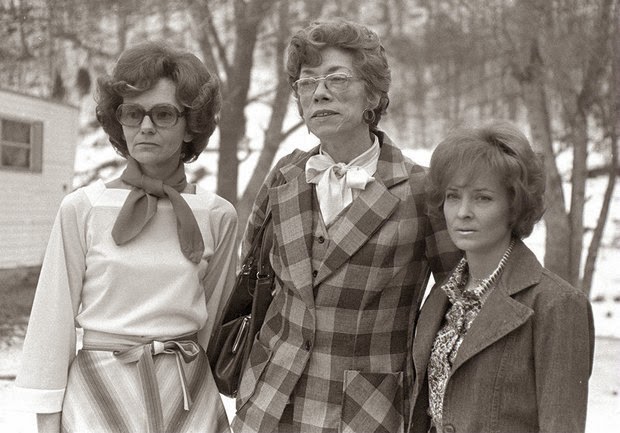 Three friends were abducted on the road leading to Liberty in Kentucky in January, 1976. The girls were returning from a birthday celebration and were taken aboard by a metallic, huge disc shaped flying object. While they could not describe vividly what happened to them inside the spacecraft, but they cleared the lie detector test easily proving that their tale of the encounter of the fourth kind was not a lie.

Kirsan Ilyumzhinov, a reputed Russian politician and multi-millionaire businessman was allegedly abducted by a UFO in September 1997. The yellow suited aliens used means of telepathy to communicate with the politician. As per the abducted, he was subjected to medical examinations and the aliens were not very hostile in nature.

US Postal Clerk Barney Hill and his wife Betty were abducted by an alien spaceship in September 1961 while they were returning from a vacation trip. The whole experience of being abducted was wiped off their memories and they could remember things about the abduction only when they underwent sessions of regressive hypnosis. 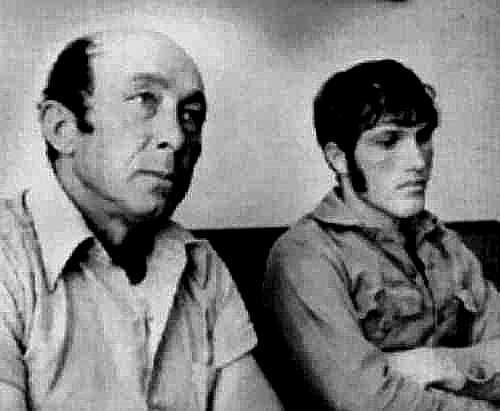 Co-workers Hickson and Parker were out on a fishing trip in the Pascagoula River in October 1973, when they were being abducted by aliens. The three aliens had paralyzed their bodies hence they could not resist a bit when they were stripped naked and were subjected to different experiments by the beings from the outer space.

What is much famous as the Buff Ledge abduction case is a tale of two teenagers who were taken aboard a spaceship by aliens who had no lips and had webbed fingers. Various samples from their bodies were taken and then they were returned to the same summer camp from where they were being abducted.