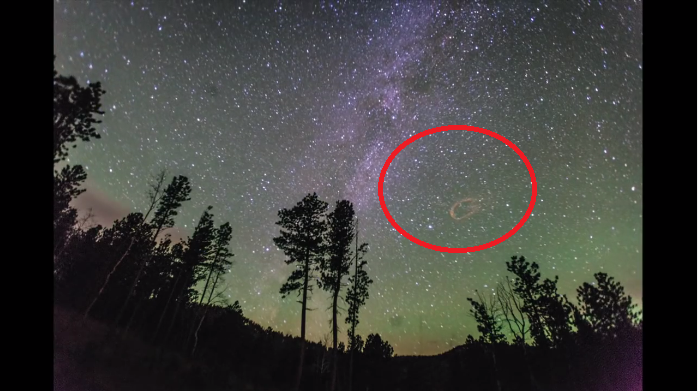 An American astronomy fan called Wes Eisenhauer caught a mysterious ball of fire explosion, like a huge light flashed across the sky and exploded instantly, when he shot of the Milky Way. Some netizens feel amazing after saw this video, but also someone said it should be an alien “UFO” exploded.

This video is only about 10 seconds. The night sky is full of purple dots at the beginning, and at 4 seconds a light with orange color appeared in the video, seems hit the invisible barrier and explode with powder spreading out in the form of a circle.


Astronomers said the fireball could be a bolide, a kind of sporadic meteor with high brightness. Bolide often sends a rustling sound and explosion when it appears, and a bolide also could be seen in the daytime if it bright enough. Bolide leases with a long trail called “meteor trail”, usually can exist for a few seconds to a minute, some even for a few minutes.