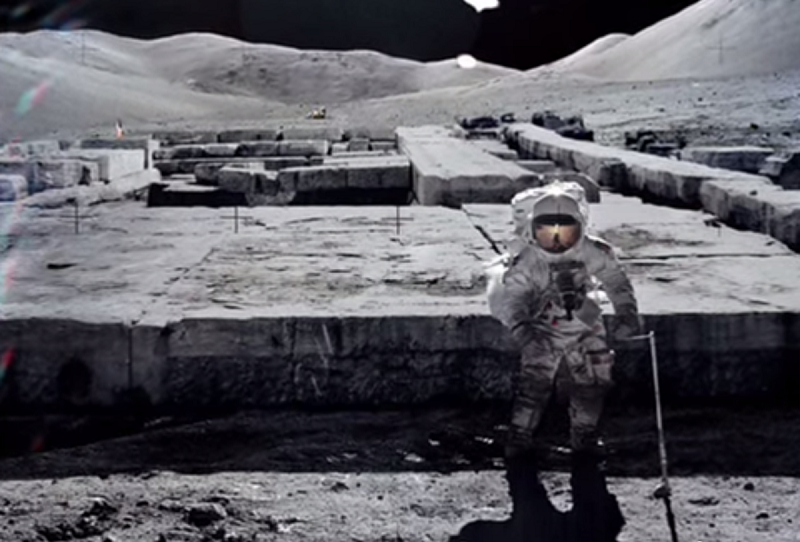 There are many instances when visitors from the outer space have come to Earth. At times they have just been seen, and at times they have abducted few earthlings and have conducted experiments on them. As per findings and information from various countries, it is however not only the Earth that has been visited by the aliens. The only natural satellite of the planet, the moon has also been visited by the extraterrestrials quite often. There are many evidences that will prove the aliens on the moon. Here are such top 10 evidences.

(1) Photographs taken by Apollo astronauts reveal that there is a satellite or radar looking structure existing on the far side of the moon. The structure has the shape of a dish antenna and is believed to have been set up years before man landed on moon for the first time in 1969. 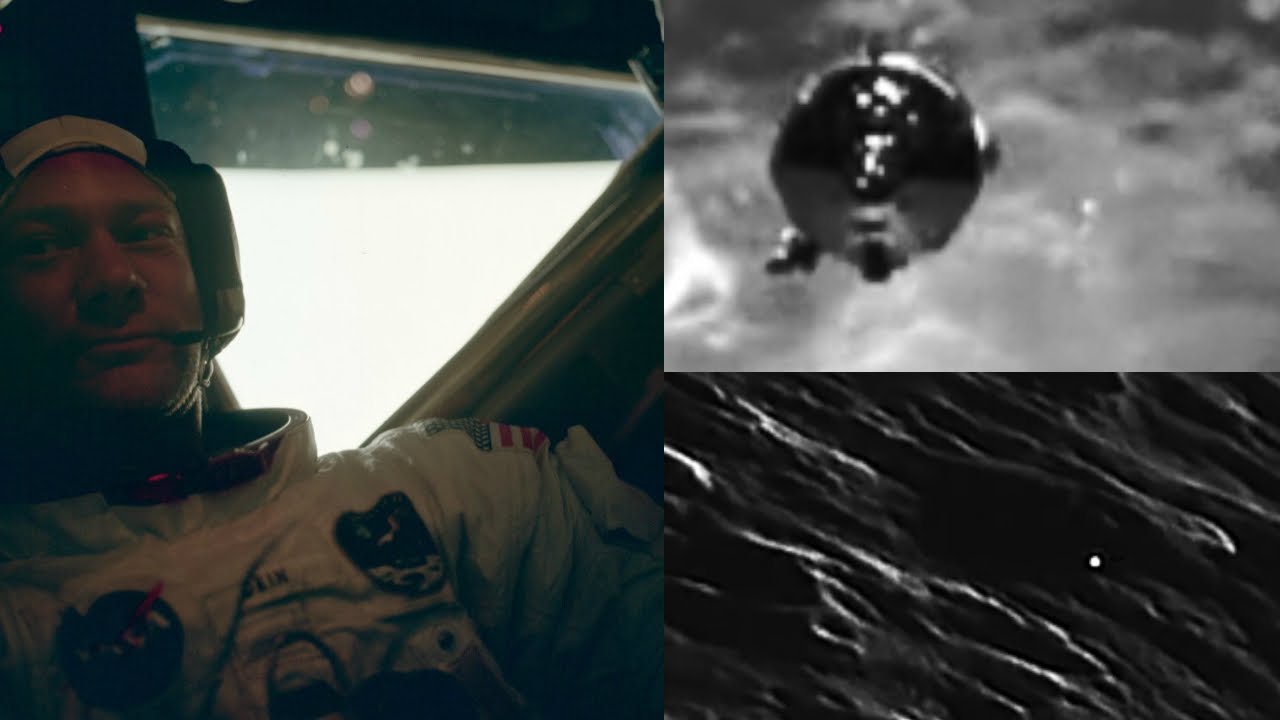 (2) Zoomed image of Google Moon capture shows seven lights forming a perfect triangle on the surface of the moon. There are no records of any of the Apollo missions leaving any such object back on the moon. 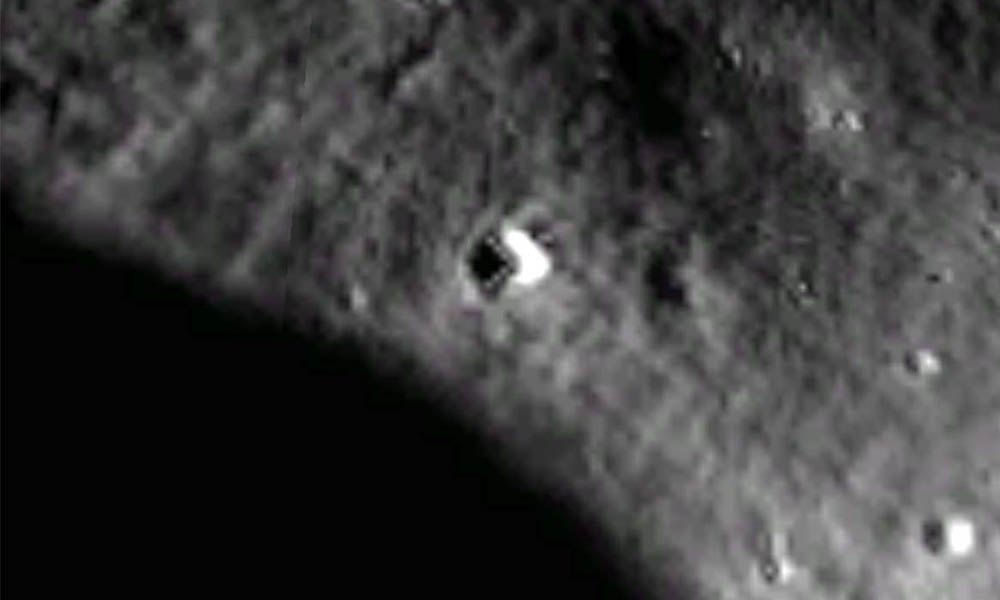 (3) Photos from Chinese lunar orbiter Chang E2 clearly shows structures on the moon that looks like a factory of some sort. 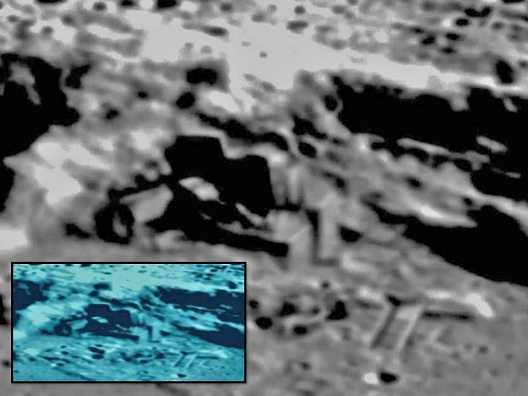 (4) Photos from Apollo 16 mission reveal the existence of castle wall like structures on the moon’s surface in the Mare Crisium area. These structures are completely perplexing as no one has the idea of how such structures could have been built on the lunar surface.

(5) In close vicinity to the castle wall like structure in Mare Crisium, there exists a tower like structure as well which is perfectly cylindrical in shape. 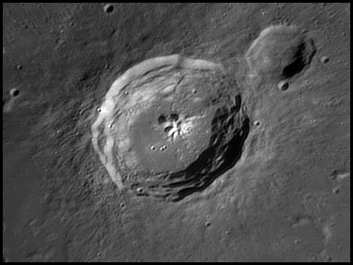 (6) Unknown objects carving long and deep tracks on the lunar terrain are seen in the NASA official photographs that have been taken by the lunar orbiters over the last few decades.

(7) Photos that were taken by Apollo 8 astronauts show structures that resembles a huge satellite base station. This supposed base station is on the far side of the moon. 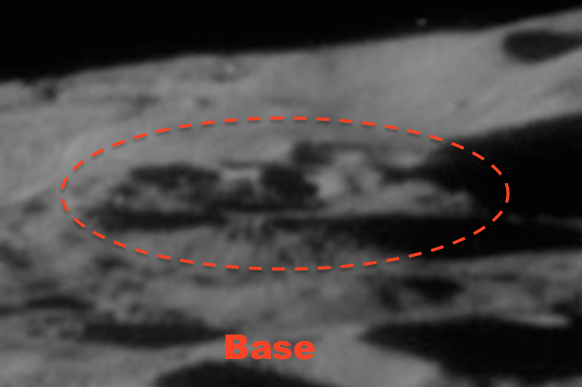 (8) Russian satellite had captured stunning photograph of a tower like structure that would protrude out of the surface of the moon. The structure which was 22 miles high can never be a natural structure is what the experts have to say. 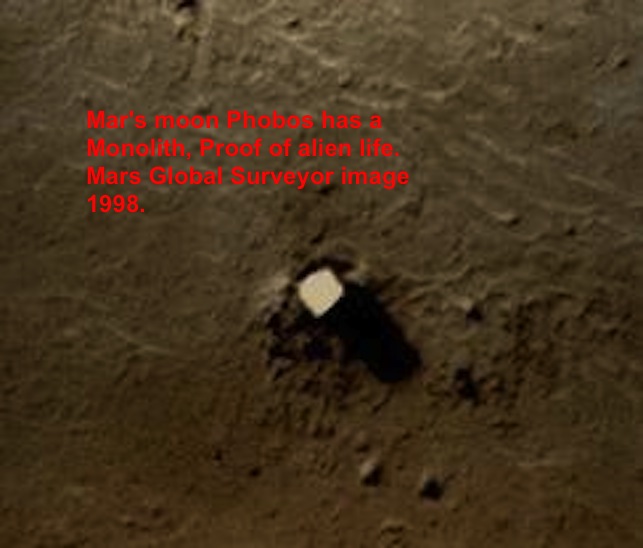 (9) A gigantic flying saucer like structure was being captured in the photos taken by the historic Apollo 11 mission. The structure looked like a classic alien ship and when the photographer, Buzz Aldrin (the second man to land on moon) was asked to comment on the photo, he denied making any comment on the same. 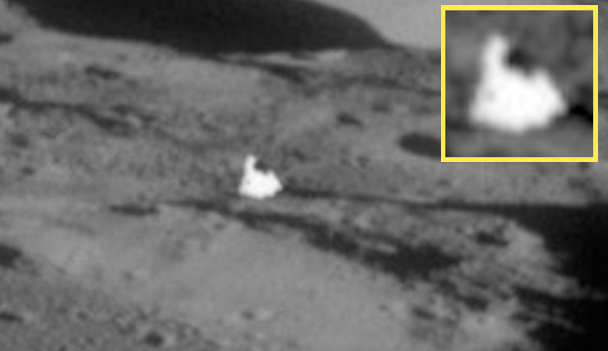 (10) There are several photos taken from the lunar orbit which contains UFOs flying in the orbit of the moon. These photos have never been disclosed and brought to light by NASA and the government, but as per ex NASA employees, there are numerous photos like these which are being airbrushed before they are released by NASA officially. 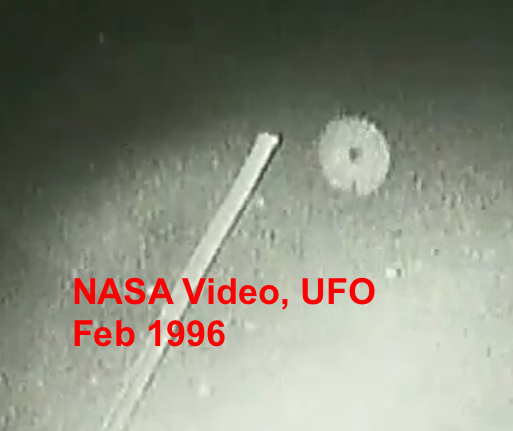 There are many other artificial structures which are seen on the lunar surface, which clearly points to the fact that these are made by non humans. Whether these structures have an offensive or a defensive purpose is something that is not very clear, but one thing can be said for sure, is that the soil of the moon has been walked upon by aliens much before man could manage to.