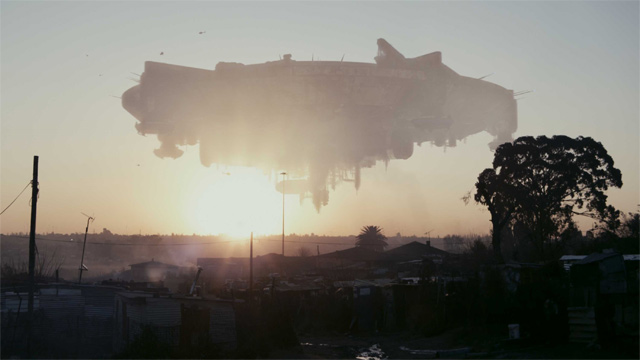 A huge point of debate that has been ongoing amongst mainstream scientists and believers of the ancient astronaut theory is that whether there aliens actually exist or not and if they do, did they ever visit our planet or not. The proponents of the ancient alien theory firmly believe that aliens have been paying regular visits to the planet in the past and there are many evidences that prove the same. Here are such top 10 evidences that will serve as proofs for aliens visiting earth in the ancient past.

There are numerous examples of ancient drawings which bear strange structures which do not look contemporary to those days by any means. These objects which look more like flying saucers or alien spacecrafts clearly prove that ancient man did encounter such objects which are why he has drawn them.


(1) Ancient UFO paintings of the Madonna with Saint Giovannino 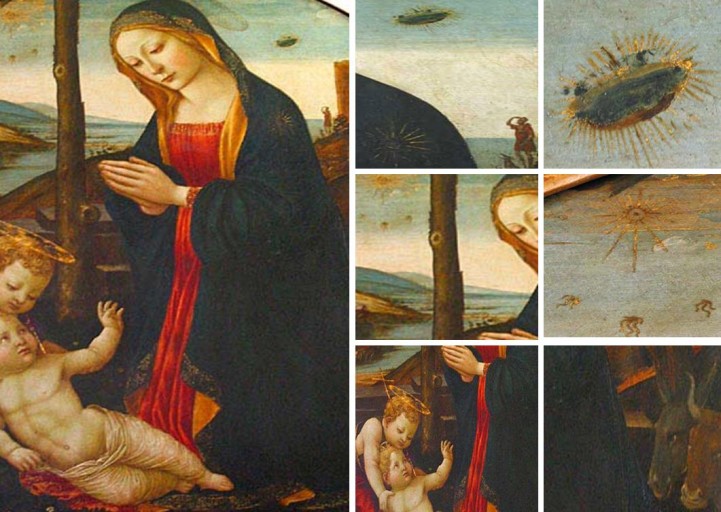 (2) Ancient UFO paintings at the Picture of Christ 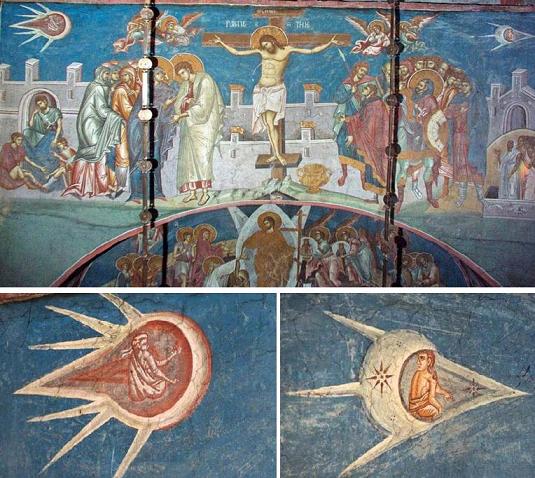 (3) There are many ancient rock paintings as well that shows ghostly white figures interacting with humans. The paintings which look exactly like the grey aliens as described by many abductees are a solid proof that ancient man did see aliens visiting the planet and they also had interactions with the visitors. 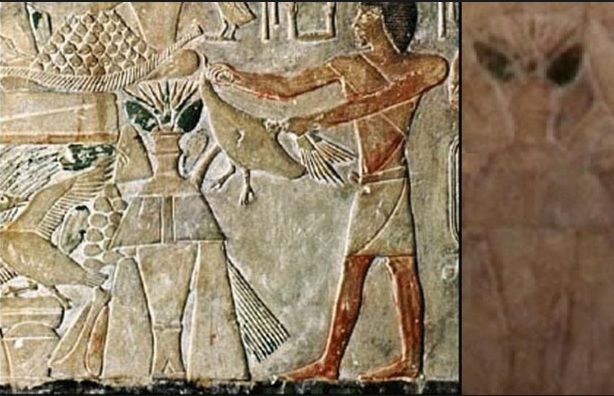 (Ancient drawings of aliens in the Egyptian, 400 B.C.)

(4) Various ancient texts around the world have mentioning about flying crafts which would come down from the sky and would carry the Gods in them. The mention of these flying crafts certainly point to the fact that the aliens had been coming down to the earth from different planets on their alien spacecrafts, which ancient man thought to be divine vehicles.

(5) The unusual appearances of the Statues and artifacts of the ancient times prove that ancient man did come across beings that looked non human and non earthly as well. The Japanese Dogu statues are the best examples of such artifacts which bear striking resemblance to the modern day conceptualized appearance of ETs. 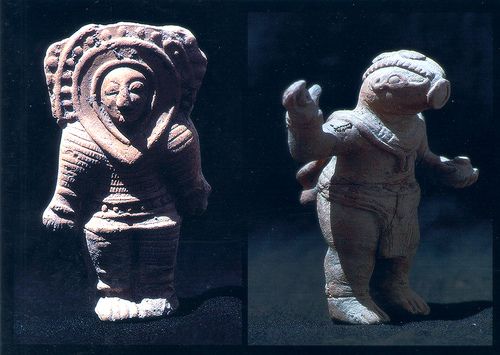 (6) The Great Pyramid of Giza in Egypt and many other colossal monuments of the ancient era are examples of engineering and construction skills which are too good to be developed or possessed by ancient man.There are many evidences which point to the fact that these megalithic monuments were constructed under the influence and guidance of extraterrestrial intelligence, which man had gained from the visiting aliens.

(7) The series of giant lines that are drawn on the deserts of Peru are an example of extraterrestrial activities on the planet. Drawing such accurately straight lines that would extend over miles was certainly not possible by the ancient man. Hence, these lines, which the world knows as the Nazca lines, are believed to be drawn by aliens while they visited the planet thousands of years ago. 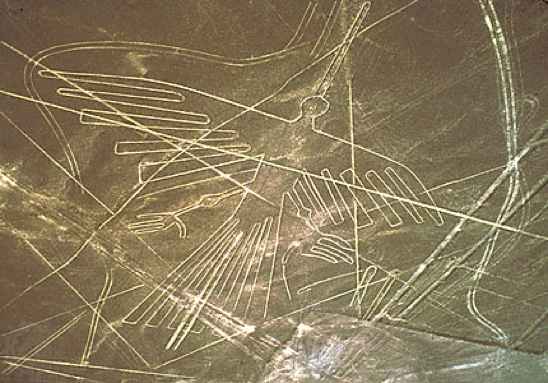 (8) The mentioning of Sumerian Gods in the Sumerian texts reveals that the Sumerians were being used by the Gods to harvest the land. These Gods are nothing but extraterrestrials that not only used mankind to carry out different activities but also enlightened them with the knowledge of mathematics and astronomy which the ancient Sumerians are believed to have developed about 6,000 years back.

(9) The Mayan civilization has many instances and evidences that prove the visiting of aliens to Earth. One of the most prominent evidences is the carvings on the lid of the sarcophagus of Mayan Emperor Pacal. On the carving, Pacal is seen sitting in some kind of an aircraft with his foot on a pedal looking object and his hands fiddling with some controls. This carving shows that the Mayans were certainly being enlightened with the knowledge of science and technology by the aliens who had visited the Earth thousands of years ago.

Firsthand accounts of people who have been abducted by aliens

(10) The firsthand accounts of many people who have been abducted by aliens also prove that aliens do visit the planet on a regular basis and have been taking humans along with them for carrying out examinations and experiments. Some of the noteworthy reported abduction cases include the Betty and Barney Hill case, the Allagash Waterway abduction case, the Travis Walton abduction case and many more.

(The famous aliens abduction cases of the Betty and Barney Hill) 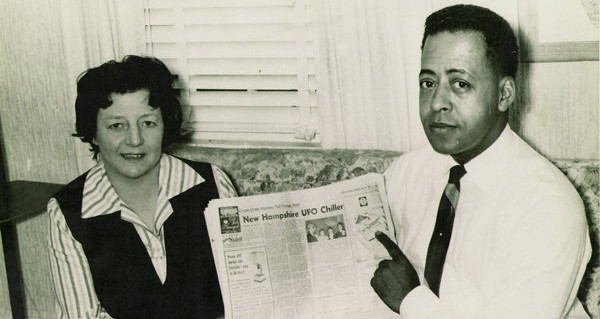 One thought on “Top 10 Proof Of Aliens Visiting Earth”