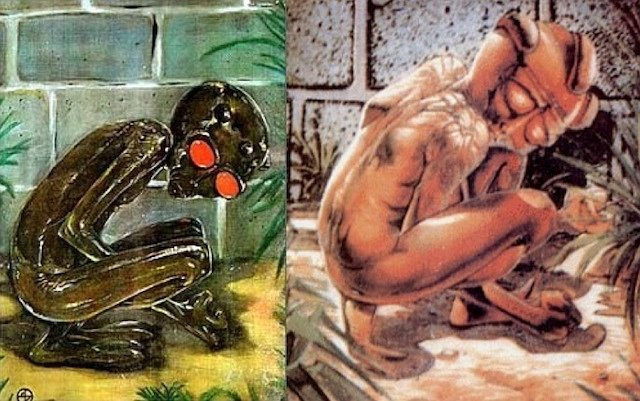 In terms of seriousness and scale of events, the Varginha UFO incident has to top all other incidents of UFO sightings. While the Brazilian government has denied the possibility of any such event, local residents believe pretty much in it as they had experienced it themselves. It was in January 1996 that a couple of sisters who lived in the Brazilian city of Varginha reported the sighting of a strange creature that lurked on the streets. News about military forces abducting strange creatures from the streets of Varginha spread like wildfire only to give rise to the famous story of the Varginha UFO Incident.


Brazil seems to be a favorite of the extraterrestrial guests, as Colares Island in Brazil is known have experienced one of the most incredible UFO sightings in 1977. It is rumored that the outbreak of the UFOs in the island left a couple of dead residents along with hundreds being injured. The Brazilian government had dispatched an investigation team to look into the matter as well, but pretty soon the team was recalled back and the information gathered by them were tagged as classified and top secret. It is still believed by local Brazilians that the whole Colares Island chapter is a huge cover-up attempt from the government of Brazil.