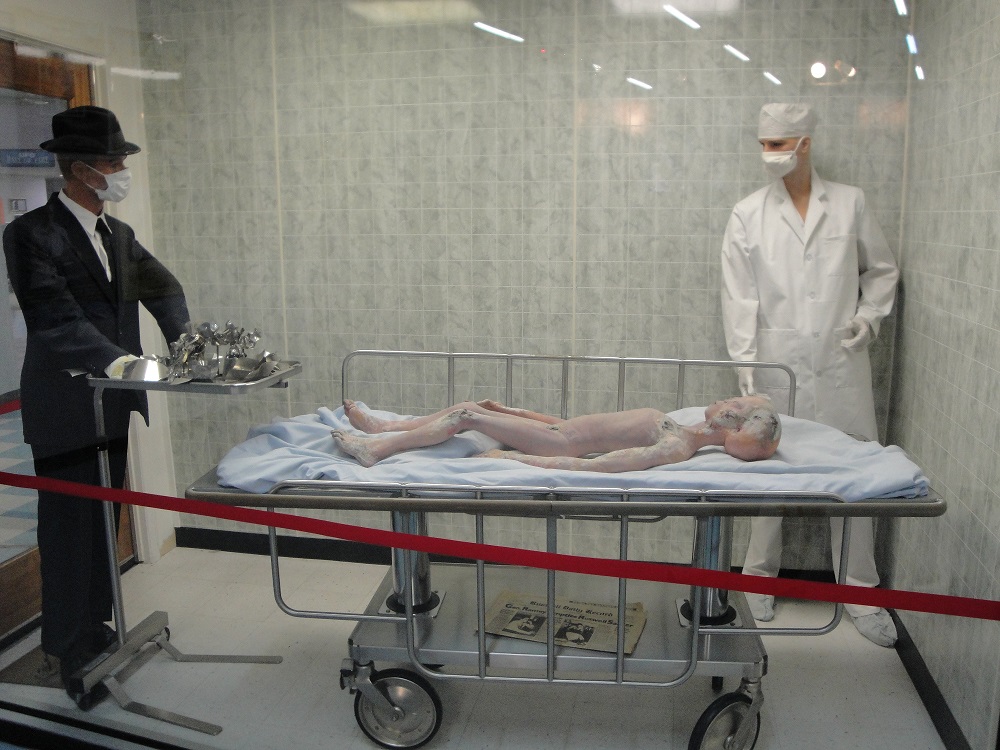 The UFO researchers and space scientists of the world were taken aback when the video of the autopsy of an alien surfaced in the 90s of the last century. The 1947 video was about the autopsy of a supposedly dead alien who was captured from the UFO crash site at Roswell, New Mexico. The video was supposedly taped by an Air Force cameraman, which, due to some unknown reason was never handed over to the defense.

The video contains the corpse of a dead alien and a couple of pathologists who carry out the autopsy in a laboratory room. The video runs for 17 minutes with details of how the autopsy was being carried out. While the details as depicted in the video seem to be real, however, detailed analysis of the video proves that there are enough evidences to substantiate the fact that the alien autopsy video was a hoax and it has very less connection with truth.

The original videotapes were never handed over or even made to be seen by anybody by the distributor of the film, Raymond Santilli, a London-based producer and distributor of films. Whenever the film was to be played a magnetic copy of the original was being used. The distributor claimed that he has the original tape safely stored in metal cases, labels on which bears the official logo and stamp of the U.S. Department of Defense. The question here is that if the video was never handed over to the US Air Force, how come the labels on the metal cases bear the logo and official stamp of the Department of Defense. 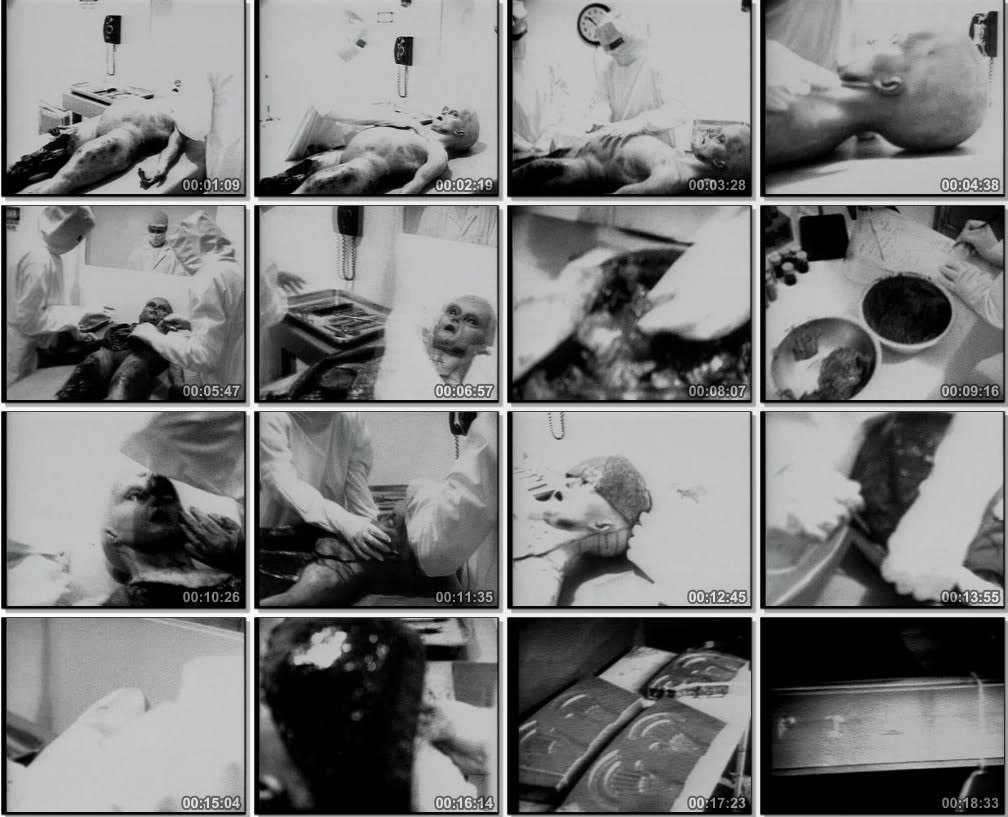 The stamp that is being seen on the metal case label was not officially signed off by the then US President Mr. Harry S. Truman before October 1947 and the video is supposedly being taped sometime in June 1947.

Autopsy footages in those times were shot in color as per military protocols. The video footage of the alien autopsy has deviated from the general practice of the time and has been shot in black and white.

When claims of the video being a fake grew stronger, Kodak, the manufacturers of the video film wanted to examine a section of the film with the images of the alien in it. The originals were, due to some unknown reason, never handed over to Kodak and all they received was a blank piece of celluloid that was used hold the film on its reel.

The pathologist who is seen carrying out the autopsy in the video is supposed to be a trained professional who would be placing the ring or middle finger in the bottom of the scissors hole while using his forefingers to steady the blades. The individual in the video, however, is not seen holding the scissors like a seasoned pathologist at all. Instead, he holds the scissors in a more general way, more like the tailors would do.